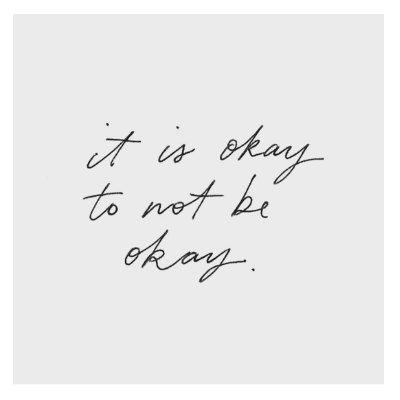 Publications across the web published articles and opinion pieces about mental illness, and public figures as well as everyday people spoke up about their own experiences on social media. Here are some highlights:

“It’s an important day because we’re forced to talk about something that so many of us have shame around, and that’s our feelings of inadequacy, our feelings of feeling that we’re not enough, dealing and struggling with depression — these are things we all deal with. I have been to a therapist because I have felt depressed. It’s not something to be embarrassed about. It’s normal. … If you’re feeling that, please know you’re not alone.”
-Justin Baldoni, actor and director, on Instagram

“Globally, more than 300 million people suffer from depression, and 260 million suffer from anxiety disorders—many of whom live with both conditions. A study by the World Health Organization found that such disorders cost the global economy $1 trillion in lost productivity each year.”
-World Mental Health Day 2017 By the Numbers, Fortune

“It’s #WorldMentalHealthDay. Look after yourself. And others :)”
-Rickey Gervais, actor, on Instagram

“If you don’t struggle with mental illness, you might not know that there are big differences between being depressed and feeling sad, having anxiety and being nervous, or feeling jumpy and suffering from PTSD. Contrary to some outdated beliefs, a person suffering from mental illness is not able to will themselves to be well, though as someone who has suffered from depression my entire life I can fake being well because sometimes I have to.”
-What Is World Mental Health Day? 5 Ways To Show Your Support This Year, Bustle.com

“Mental health affects us all just as physical health. Just because we can’t see what’s in someone’s head doesn’t mean it’s not happening. This is something that’s been a big part of my life and has affected me and many around me. We need to change the way we talk about people experiencing mental health difficulties. It is very very real.”
-Conor Mason,  singer, nme.com

“We hope that this small act helps to continue a growing conversation about mental health in our community.”
-Investors Group Field lighting up purple for World Mental Health Day, cba.ca

“Whatever your problems may be, (diagnosed or not), they don’t equate to you being broken. In my own life, it’s been unhelpful to think of mental health problems in this way, particularly when you’re struggling. You are who you are at this moment in time, and you’re doing your best. Brains are plastic. People can, and do, change.”
-There’s nothing wrong with you, marinabook.co.uk  (Marina Diamandis, singer)

“New Zealand has a population of almost 4.7 million and the 606 Kiwis who took their lives in 2016-17 show that the problem isn’t getting any better. This most recent national suicide rate in New Zealand marks the third consecutive year the figure has risen, as well as the highest number for the country since the start of statistics began being recorded.”
-World Mental Health Day: Shoes Lined Up Around The World To Show The Devastating Costs Of Suicide, huffingtonpost.com.au

“While the conflict is mainly between armed groups, it is the people of Tumaco who have borne the brunt of the violence. Pervasive  fear and insecurity have had a devastating impact on people’s health. Every day people suffer threats, extortion, displacement, injury, torture, sexual violence, forced recruitment, and other abuses, and see family and friends lose their lives. This has led to high levels of anxiety, depression, and other mental health problems.”
-World Mental Health Day: Healing Hidden Wounds in Columbia, doctorswithoutborders.org

“As some of you may know, I was recently diagnosed with borderline personality disorder, a form of depression. Depression affects more than 16 million people in this country and there’s no cure per se, but for anyone dealing with it, there are treatments that can help. First of all, if you think you’re depressed, see a doctor and talk to them about medication. Also, be healthy. Eating right and exercise can make a huge difference. And finally, if you’re in the cast of a late night comedy show it might help if they do more of your sketches.”
-Pete Davidson addresses borderline personality disorder on ‘Saturday Night Live,’ usatoday.com

I could go on and on. It has been fantastic to see all the people who are willing to speak up about mental illness and reach out to others who might be suffering. The stigma around mental illness is fading, but it’s still a big hurdle for many who need treatment. I hope awareness and understanding will continue to grow!