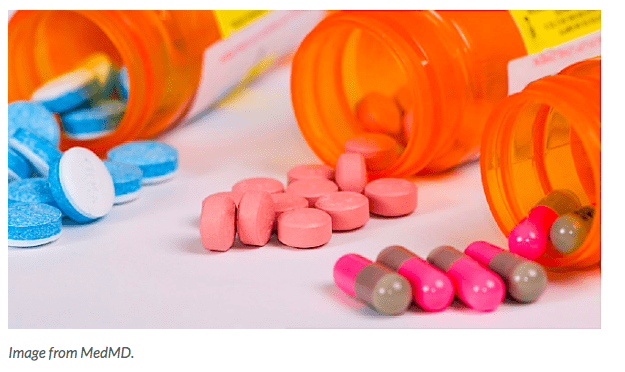 New evidence is emerging that some medications for ADHD put teens and young adults at risk for developing psychosis.

According to this study of more than 200,000 people ages 13 to 25, one out of 660 people had an episode of psychosis in a few months after starting a stimulant. This information was mined from a national insurance claim database: half were on amphetamines (like Adderall) and half were on methylphenidates (like Ritalin).

Yes, this side effect only happened to 0.1% of patients, but it was twice as likely for those taking amphetamines.

“We’ve seen cases of people coming in without much of a psychiatric history who are developing this sort of first episode of psychosis in the setting of stimulant use, most commonly Adderall.”

Moran said her observations caring for young people experiencing psychosis prompted the research.I’ve written about this before: some of the more powerful stimulants have been shown to cause schizophrenia-like symptoms in 1 out of 1000 people, such as hearing voices, paranoia, and mania.

While I recognize that ADHD as a developmental disorder, I always begin treatment with a thorough family psychiatric history, including any unusual behaviors. Because there are often stigmas against getting help for their mental health, people tend to turn to other coping behaviors– such as substance abuse–to help them self-medicate.

In short, if there is a lot of mental illness in a family I am very cautious about starting with stimulants, and prefer to start with safer treatments and medications to manage ADHD.

If you have questions or comments about my methods, feel free to contact me!