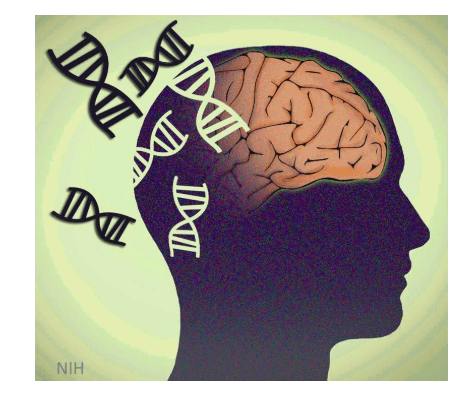 Scientists have noticed, too, and they wondered why that is. After analyzing the DNA of 20,000 people, they found that genes are partially to blame for the difference.

To be more specific, 29 percent of the risk of developing PTSD after a traumatic event is explained by genes — at least among women. That’s on par with how much other mental illnesses have to do with genetics. For men, the tie is less significant.

Also, people at higher risk for developing mental illnesses like schizophrenia and bipolar disorder are more likely to have a genetic vulnerability to PTSD.

Here’s what study author Laramie Duncan had to say about the findings:

“PTSD may be one of the most preventable of psychiatric disorders. There are interventions effective in preventing PTSD shortly after a person experiences a traumatic event. But they are too resource-intensive to give to everyone. Knowing more about people’s genetic risk for PTSD may help clinicians target interventions more effectively and it helps us understand the underlying biological mechanisms.”

Genetic testing can be useful in preventing and treating many major health problems. I’ve had my DNA analyzed and have found the information to be invaluable. Consider having it done for you and your family!

And regardless of genetics, if you or a loved one experiences something traumatic, it’s a good idea to seek help from a mental health professional sooner rather than later.