POOR SLEEP? IT COULD BE AFFECTING YOUR NEGATIVE THOUGHTS

Hope Mental Health Blog POOR SLEEP? IT COULD BE AFFECTING YOUR NEGATIVE THOUGHTS 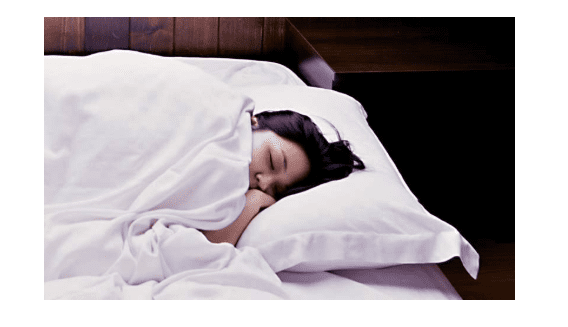 Ever heard of cognitive reappraisal? It’s where you take a negative thought or experience and recast it in a positive light. (Failed a test? At first maybe you dwell on your shortcomings, but then you “reappraise” and think of it as a chance to see where you can improve.)

A new study shows people with sleep problems have a harder time doing that than do their well-rested counterparts.

All participants in the study had a depression and/or anxiety disorder, which already puts them at a disadvantage for seeing the positive side of things. Researchers wanted to see if lack of sleep made that worse.

First, the scientists gave participants sleep trackers. After measuring how well they slept for six nights, they hooked the subjects up to an MRI and watched brain activity while the participants completed an emotional regulation task: They had to look at disturbing images and reappraise them in a more positive light. (For example, a subject might look at a picture of a battered woman and imagine her as a model wearing make-up instead of as a victim of violence.)

The region of the brain known to be involved in regulating emotions is called the dorsal anterior cingulate cortex (DACC), and it springs into action when you’re engaging in cognitive reappraisal.

Here’s what the scientists found: During the reappraisal task, people who had sleep problems had more activity in the DACC than did people who slept well. Researchers interpreted those findings to mean the sleep-deprived brains had to work harder to come up with a positive spin on images.

If you’re depressed or anxious, let’s talk about your sleep. If we can get you sleeping better, you could find it easier to see the world in a more positive way.