HOW YOUR MEDS MAY BE AFFECTING YOUR MORALITY 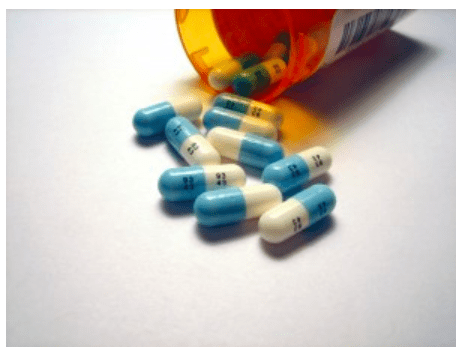 Anyone who has taken a basic psychology class has heard of those experiments measuring how willing participants are to administer electric shocks to other people, but there’s a new one out there that looks at how these decisions are affected by another factor: your meds.

In this study, published this week in Current Biology, participants were given one of three drugs: a placebo, the anti-depressant citalopram, or the Parkinson’s drug levodopa.

University College London researchers administered a sample electrical shock to the participants — one calculated to touch their pain threshold but not surpass it.  They then asked the participants to make a series of choices between two pain/payment options (and remember, this study happened in London, so we’re talking British pounds and pence). For example, they could choose to receive 7 shocks for £10 (that’s £1.43 per shock) or 10 shocks for £15 (that’s £1.50 per shock). Choosing the first option meant they would choose a pay cut of 7p per shock.

The researchers looked at how big of a pay cut people were willing to take both when they received the shocks themselves and when they anonymously administered the shocks to an unknown receiver.

In all cases, people accepted a pay cut for fewer shocks. The difference came in how much of a pay cut they were willing to accept.

Those taking the anti-depressant citalopram, which enhances serotonin,  were more harm averse. They were willing to take a 60p pay cut per shock to prevent harm to themselves and 73p pay cut to spare others. Over the course of the experiment, this meant citalopram takers delivered an average of 30 fewer shocks to themselves and 35 fewer shocks to others than the baseline group did.

With those taking levodopa, which boosts dopamine, we have a slightly different story. They tended not to favor others over themselves, instead accepting an equal pay cut of 35p per shock across the board. They delivered an average of 10 more shocks to others than the baseline group did.

“Our findings have implications for potential lines of treatment for antisocial behavior, as they help us to understand how serotonin and dopamine affect people’s willingness to harm others for personal gain,” says lead author Dr Molly Crockett, who conducted the study at UCL and is now at Oxford University. “We have shown that commonly-prescribed psychiatric drugs influence moral decisions in healthy people, raising important ethical questions about the use of such drugs.

“It is important to stress, however, that these drugs may have different effects in psychiatric patients compared to healthy people. More research is needed to determine whether these drugs affect moral decisions in people who take them for medical reasons.”

Go here for more details on the study.