DO I HAVE MAJOR DEPRESSION?

Hope Mental Health Blog DO I HAVE MAJOR DEPRESSION? 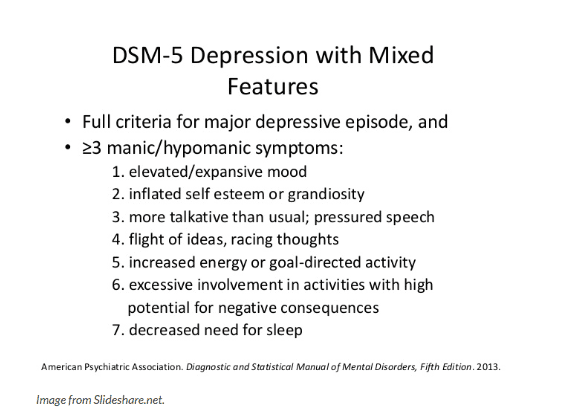 Sometimes it’s hard to tell if you have major depression, especially when you’re living with it.

For some people, depression is a pervasive feeling of sadness or hopelessness. For some, depression means feelings of anger or extreme irritability. People with depression may swing from high levels of activity to lethargy, or they may report not feeling emotion at all.

Then there is depression that may encompass any or all of these symptoms. This is called “Major Depressive Disorder (MDD) with mixed features,” and has been most commonly misdiagnosed as bipolar disorder.

Here’s a good explanation from the neuroscience branch of Cambridge University Press:

“For the first time in 20 years, the American Psychiatric Association (APA) updated the psychiatric diagnostic system for mood disorders in the Diagnostic and Statistical Manual of Mental Disorders, Fifth Edition (DSM-5). Perhaps one of the most notable changes in the DSM-5 was…a structural bridge between bipolar and major depression disorders, [which] formally recognizes the possibility of a mix of hypomania and depressive symptoms in someone who has never experienced discrete episodes of hypomania or mania.”

If you suspect you may have MDD with mixed features, it is important to be diagnosed and treated by a professional. In fact, an article on the Psychiatric Times website described Major depression with mixed features as “a diagnostic chameleon.”

“Mixed features…are caused by the overlap of depressive and manic symptoms, but it’s hard to understand them by reading separate descriptions of these two states. It would be like trying to imagine green by studying yellow and blue…

“Mixed features can look like anxiety, ADHD, borderline personality disorder, or depression with an agitated edge.”

If you suspect you or someone you love may have MDD with mixed features, it is important to be properly diagnosed to receive the proper medication (such as a mood stabilizer in cases of persistent anxiety or anger). Come and see me and let’s get you on the road to emotional stability.