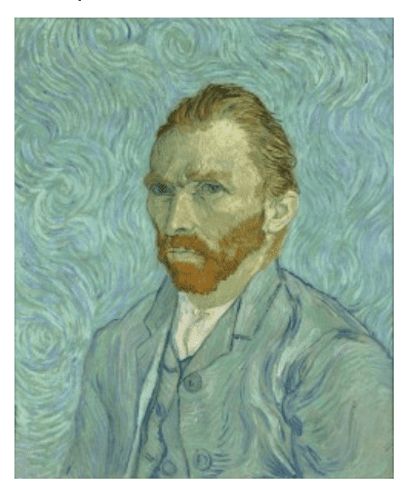 Vincent Van Gogh has long been a favorite example of a person suffering from mental illness reaching great heights creatively. Some even wonder whether the iconic yellow swirls in his Starry Night painting are indicative of altered vision due to medications he may have taken. Van Gogh suffered from manic depression and committed suicide in 1890.

A 2015 study shows that creativity and mental illness — schizophrenia and bipolar disorder, in particular — may not be paired merely by chance or environment, but by genetics.

Researchers at the Institute of Psychiatry, Psychology & Neuroscience at King’s College London looked at the genetic risk scores for schizophrenia and bipolar disorder in over 86,000 Icelanders. They found that those who were members of creative societies (art, dance, music, and writing) were much more at risk for those disorders than those not involved in such societies.

Here’s some analysis from Robert Power, first author on the study:

“For most psychiatric disorders little is known about the underlying biological pathways that lead to illness. An idea that has gained credibility is that these disorders reflect extremes of the normal spectrum of human behavior, rather than a distinct psychiatric illness. By knowing which healthy behaviours, such as creativity, share their biology with psychiatric illnesses we gain a better understanding of the thought processes that lead a person to become ill and how the brain might be going wrong.

“Our findings suggest that creative people may have a genetic predisposition towards thinking differently which, when combined with other harmful biological or environmental factors, could lead to mental illness.”

If you're a creative type who struggles with mental illness, just know that you're not alone! There have been many people with beautiful talent before you who have battled it, and there will be many in the future.