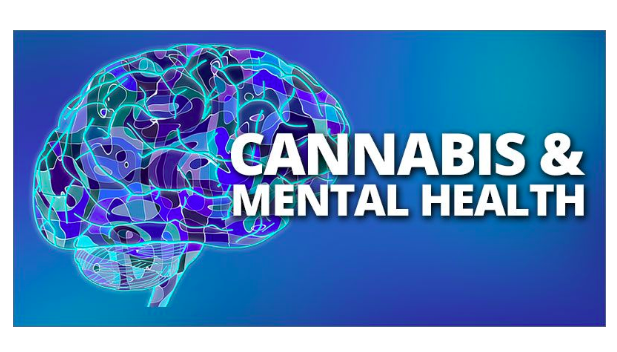 Rates of cannabis usage have more than doubled in the past decade. Medical marijuana is now legal in half of the United States and is increasing in accessibility to current and future users. Cannabis is now the most widely used illicit substance in the US, more popular than alcohol and cigarettes. Frequent use of cannabis is now twice as common among young people in the 16-24 year old age range. In spite of government and media warnings about health risks, many people believe cannabis to be a harmless substance that helps people to relax and, unlike, alcohol and cigarettes, might even be good for you. Although it is controversial, I believe cannabis should be avoided by the mental health patient and anyone who wants to prevent possible brain dysfunction that can significantly impact basic functioning.

Here are some facts to consider before reaching for cannabis:

What is the chemical makeup of cannabis?

There are about 400 chemical compounds in an average cannabis plant. The four main ones are delta-9 tetrahydrocannabinol (delta-9-THC), cannabidiol (CBD), delta-8-tetrahydrocannabinol and cannabinol. All but the CBD are psychoactive (known to affect brain function).

What about stronger varieties?

In herbal cannabis, the concentration of the main psychoactive ingredient, THC, varies hugely — from 1% to 15%. The newer strains can have up to 20%. The newer varieties on the whole are 2-3 times stronger than those available 30 years ago.  Some users may even use these stronger varieties as substitutes for Ecstasy or LSD.

Even though THC can produce relaxation in many people, that isn’t the case with all people, particularly those who have a family history of mental illness.  In some people, it can have the opposite effect and may cause unpleasant experiences including confusion, hallucinations, anxiety, and paranoia, depending on mood and circumstances. Some people may experience psychotic symptoms with hallucinations and delusions lasting a few hours. Even though these unpleasant effects typically don’t last long, the drug can stay in the system for weeks and have longer lasting effects than users realize. In some genetically predisposed people, it may trigger the onset of Schizophrenia or Bipolar Disorder. This is a bigger risk for people who started using cannabis in childhood or adolescence and into the mid twenties, critical brain development stages.

Over time, cannabis can have a depressant effect and reduce motivation and the abilities to concentrate, organize information, and use information. A recent review of the literature on cannabis’s effect on pilots showed that those who used cannabis made far more mistakes, both major and minor. The worst were in the first four hours after use, though mistakes persisted for at least 24 hours when the pilot had no sense of “feeling high.”  Recent research published in the Journal of Alzheimer’s Disease found that cannabis users have noticeable deficiencies of blood flow in the brain. Notably, the research showed diminished blood flow in the right hippocampus, the area of the brain that helps with memory formation and learning. This is the area severely affected in those that have Alzheimer’s Disease. Other smaller studies of perfusion imaging in marijuana users show lower amounts of frontal, temporal, and occipital lobe blood flow.

Yes, it can be. Current evidence now suggests that it can be, particularly if used regularly. Cannabis has the same features of other addictive drugs, such as the development of:

Tolerance: Tolerance means having to take more and more to get the same effect. Heavy users can experience withdrawal symptoms such as anxiety, cravings, decreased appetite, sleep difficulty, weight loss, aggression, irritability, restlessness, and strange dreams. For regular long-term users, 3 out of 4 experience cravings, half become irritable, and 7 out of 10 switch to tobacco in an attempt to stay off cannabis.  The irritability, anxiety, and insomnia usually appear 10 hours after the last joint and peak around one week after last usage.

Compulsive use: Eventually, many regular users become more compulsive in their usage. The user feels they have to have it and spends much of their life seeking, buying, and using cannabis. They cannot stop even when other important parts of their life such as family, friends, school, and work suffer.

How to know if you have a dependency and/or addiction:

Cannabis can become a significant problem for some people. Marijuana-anonymous.org says people have realized they have an addiction when “cannabis controls our lives and our thinking, and … our desires center around marijuana — scoring it, dealing it, and finding ways to stay high so that we lose interest in all else.”

Cannabis is similar to alcohol addiction.  Here are some questions to ask oneself to see if cannabis is a problem. Yes to any of these questions indicates a problem:

Other reasons not to use cannabis (even if you are not addicted):

Besides the reasons mentioned above, street cannabis may be laced with other more dangerous drugs that could be deadly.  Additionally, there are drug-drug interactions that may make  it unsafe to use with other types of medications. As cannabis over time tends to have a depressant effect and may even increase anxiety, it can counteract any medication your provider prescribes for you. Your provider may ask or even require that you drastically cut down or discontinue your pot use (along with other drugs and alcohol).  Additionally, as it affects motivation, it interferes with the ability to eat healthy, exercise, do psychotherapy, and practice other healthy habits that contribute to mental health.

In conclusion, although cannabis may show short-term alleviation of anxiety symptoms, I believe in the long run it has more risks than benefits and do not recommend mental health patients use cannabis or medical marijuana.